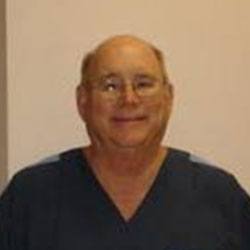 Dr. Jay Hildreth graduated from Shawnee Mission East High School in Prairie Village, Kansas, in 1962. After attending the University of Kansas and University of Missouri at Kansas City for undergraduate studies, he entered the University of Missouri at Kansas Citiy Dental School, graduating in 1969. He married his wife, Judy, in 1967. They moved to Fort Knox, Kentucky, in August of 1969 as Dr. Hildreth served in the Army Dental Corps. While they were in Fort Knox, their first son, Jim, was born. After the service, Dr. Hildreth took over the practice of Dr. Throop in Wamego in August 1971. Their second son, Rob, was born in October 1972. Dr. Hildreth practiced in Wamgeo until 2000. At that time, he semi-retired due to health limitations. Rob has three children. Dr. Hildreth and his wife enjoy following their grandchildren’s activities.

Our experienced dentists offer quality care to help you smile! Call today to make your appointment. We are excited to meet you!

Dental Corner offers dental care for patients of all ages. Call today to make your appointment in our family-friendly office!

Take the first step towards a healthier, more beautiful smile by calling Dental Corner today to make your appointment!